Three Lessons I Learned from OTS, that You Can Use Too

#1) There is so much more to knowing my body than just endurance training.

So I got landed with a year (plus) of forced, mandated, non-negotiable rest, and during that time I had to figure out how to not go nuts. (‘Cause I’m allergic to nuts, geddit? Ha ha ha.) All the many ways aerobic training positively impacts my life became painfully obvious…

…Because those areas promptly began sucking. Mental symptoms like anxiety, emotional rollercoasters, and indecision plagued me, and physical symptoms such as stiffness, lethargy, loss of appetite, weight gain, and even difficulty regulating my body temperature became the norm. Training had previously been my primary way, and sometimes only way, of keeping these demons at bay.

Given that OTS recovery is on an unlimited timeline, I knew I needed solutions, and quickly. Which is why, over the course of the last year, I have learned that endurance training is not the only way to know my body.

Yoga has been great. It really keeps me in tune with all the corners of my body, and the “flow” is similar to settling into a comfortable running stride, or gliding along on perfect snow. It’s not as fun, in my opinion, but it will make a good complementary activity when I get back to my preferred activities. It’s been a great placeholder in the meantime.

Meditation has also been spectacular, especially since the onset of OTS and the ensuing life changes were part of a spiritual overhaul as well, which you can read about in Mosaics 1, 2, and 3. Finding my meditation practice has been a long-time goal of mine, and every part of my life is better for it. It allows me to communicate with my body on a level I’d never experienced before. I would almost say OTS has been worth it, just for this.

It doesn’t need me to push it just a little bit more, or strain it with longer runs or less sleep or less food. In the case of OTS, my body needed full and complete, SEDENTARY rest. For months. And that’s what it got.

For some reason, athletes (myself included) seem to pride themselves on pushing their bodies really hard. I understand the desire to get better, faster, stronger. I understand craving that feeling of testing your body’s limits. But I don’t get why I’ve so often fixated on making things just plain hard for my body.

You know, like when you get back from a hard workout and decide that’s when you want to launch right into a mentally taxing work project. Or when you’re hungry and you think, I’ll eat later, or worse, I don’t need to eat. Or when you get 5 hours of sleep but jump out of bed anyway and go for a long run.

I’m done treating my body like that. It’s ridiculous. My athletic life from now on will be the dance shared by teaching my body and testing my body. Yes, I will always crave the challenge of performance goals. My body wants to get stronger and faster. So I will test it.

And I will teach it. I will train it, feed it, sleep it, and I will ask it what resources it needs to excel.

#3) Emotional stresses have a huge impact on the body.

They should not be underestimated. If work is stressful, if you’re supporting a friend through a tough time, if family issues arise, if you’ve faced heartbreak, or been emotionally taxed in any other way, consider this a serious and valid use of your body’s limited resources.

I didn’t take this seriously at all during the year that led me into OTS. But during that time I faced social and romantic adversity that was 100% without a doubt taking a huge toll on my body. It’s so easy to blow off something like social tension as having no impact on our physical bodies. We want to think of ourselves as strong, and we are strong, but we’re not impervious.

For over a year I lived with unrelenting social stress, including romantic upheaval. In time it grew so bad that I was scared to come home in the evenings. I was having panic attacks when I tried to spend time with my friends. Eventually, the feeling of being completely disregarded by those around me swallowed me, and the cloud of despair was impossible to escape. 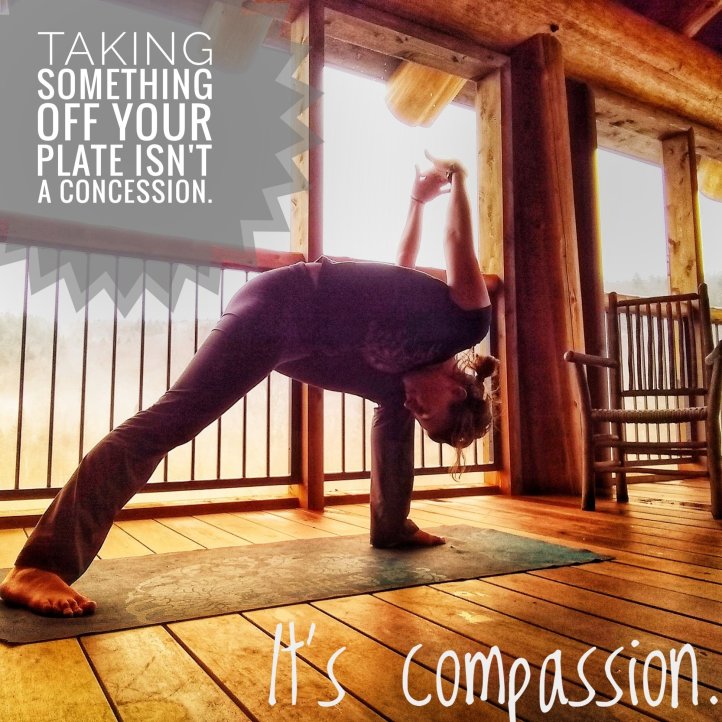 Looking back now, it’s insane to think that wasn’t taking a huge toll on my body. The aftermath I’ve been living with in the months since I left Oregon has included the lingering symptoms of OTS as well as other physical, mental and emotional manifestations of trauma. It’s clear that these experiences, far from being fleeting and insignificant, left lasting marks on me. I will never again underestimate to this degree the physical impact of emotional wounding.

Next week, I will follow up on the important idea that finally prompted me to make changes to the situation that was making me ill. Here’s a preview:

When You Have to Walk Away 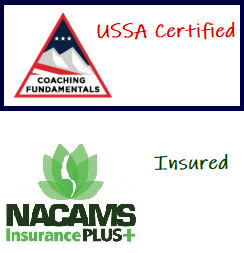 "Remember, you're moving barely faster than a tree."
The tick bite happened in April 2017, but that was just one piece.
The most beautiful city in the world this week was Portland, Oregon.
Moving heavy things in my heart this week.
The urge to jump: anyone feel this when standing on an edge??
Signs of life